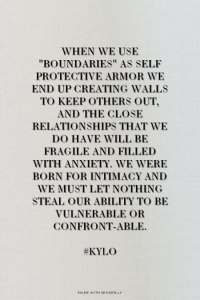 I have always enjoyed reading Proverbs, dipping in and out from time to time, it all makes perfect sense, I am aware of nodding my head in agreement, as I am sure many do.  However, one particular verse struck me recently and then, several other writings landed on my lap to impact me further.  The verse…”Then they will call to me but I will not answer; they will look for me but will not find me. Proverbs 1:28 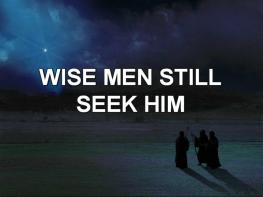 Personally I know this to be true…I know God hides His face when you refuse to be obedient.  Having set me free in 2007 I was hungry for him, and despite the pain of separation from family I was in total obedience to Him, which was when He revealed Himself to me. I have pondered upon those events many times during the last six years.

I entered into a friendship/relationship with someone which totally absorbed my time and energy and finances.  It was, clearly, an ungodly friendship and despite a few verbal concerns from close friends, I continued as though in disobedience.  In my heart, I knew, but my flesh wanted companionship and as I had lost so much, I sought the warmth of closeness with one other.  Foolish, utterly foolish.  One can make all sorts of excuses as to why one does things, but there is nothing like accountability.

Anyway, long story short, that association came between me and my God. It does not have to be an ungodly association, of course, that can come between you and our maker…distraction, worldly otherness, idols etc etc.  It is putting other things, or people, first. It is only when that alternative “first” has gone that you are aware of the distance you have gone from God…you cannot “find” Him and usually at a time you desperately need to be aware of His presence.  It is a devastating but common happening.

Time passes and one thinks that reconciliation can take effect tomorrow, but tomorrow comes and the effort of confronting ones own sin is put off until the next day.  So it goes and years pass.  The effort of making things right becomes harder.  It is only by laying our hearts open and surrendering ourselves to God that we can even begin to make the wrong, right.  That is the beginning and that is the easy part.  The hard part is being obedient, is being consistent, is humbling yourself day in and day out and staying on track.  It is so easy to slide sideways.  Time passes. Other things come along and interrupt the process of getting on track.  In my case a ton of unforgiveness.

There are certain people in my past that I have to forgive time and again, people I don’t want anything to do with but I keep praying about, telling God that I want to forgive them and forget them. Even with my own mother, I chose to forgive her and I did, easily, but I did not want to have a relationship with her.  I was fearful of more hurt, more pain, more false accusations.  So I kept her at arms length, just touching base three or four times a year.  However, in the last four years, we have built a relationship and heartfelt forgiveness on both sides has taken place.  The incredible release on removing the boundary, trusting God by being obedient to His will. When we use boundaries as self protective armour we end up creating walls to keep others out.  And the close relationships that we do have will be fragile and filled with anxiety.  We were born for intimacy and we must let nothing steal our ability to be vulnerable or confrontable. Boundaries cause separation and confusion.

There is a trend today that encourages separation especially if a relationship is toxic.  Separation is never right unless one party cannot desist from actually harming the other. Usually there are many ways to confront or deal with such situations. There are plentiful counsellors, but be discerning on who counsels you, more harm can be done, and in Church there are people who can step between and create a safe place to discuss and resolve such situations.

Gentle loving resolution is the way forward.  Honesty and understanding is all that is required. Sadly people take the easy option today and cut themselves off from such situations unaware of the devastating effect it can have emotionally, and spiritually on all associated with this relationship, and there is the knock on effect of generational damage.

I closed the door on my mother and if I had been well and had the right support around me at the time, I may have approached it very differently. I too have had doors closed on me by my children, (although delighted and thankful that reconciliation with my younger daughter has taken place) …the ongoing despair and trauma of that, has been devastating, especially as no one has explained to me what it is I am supposed to have done to have deserved that…nor have they been willing to have mediation or seek help through the right the channels  Who knows what damage that is causing them and the knock on effect to any children they may have. Spiritual connection between relatives is, generally, looked upon as myth, hocus pocus, even today.  I do believe that families have generational issues, I am living proof of such “myths”.  Prayer, deliverance, healing are very necessary.  Grace, understanding, Forgiveness, are powerful tools that need to be used to keep family whole. 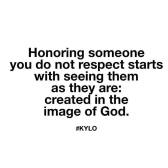 A cataclysmic event takes place when families collide or divide.  A spiritual seismic eruption takes place, especially when it is between a mother and her children.  A chasm is created which not only affects the people involved here and now, but will continue into the generations to come unless there is a wholehearted reconciliation. It can be too late!  Tomorrow may never come.  The person you are holding at arms length, the person you have not forgiven, the person you spread lies about may die tomorrow…reconciliation cannot happen.  Who are you causing anxiety to? http://www.thegospelcoalition.org/article/how-to-move-from-forgiveness-to-reconciliation Is God hiding His face from you?  Trust me when I say,  there is nothing, absolutely nothing that is better than being with God in that secret place.  Indescribable.  Incomparable. The ability to humble oneself in full acknowledgement of the part you, yourself, have played in the breakdown of relationship, whether it was wilful, accidental, inadvertently or filled with motive, is necessary.  To seek forgiveness and to forgive.  But if you do not forgive others their sins, your Father will not forgive your sins. Matthew 6:15 And so it is with our relationship with God….. Then they will cry out to the LORD, but he will not answer them. At that time he will hide his face from them because of the evil they have done. Micah 3:4

Sinfulness causes separation and confusion. “This isn’t the kind of scripture we generally like reading, but it does give us a clue about the people God hides Himself from. It’s those who refuse to humble themselves before Him and turn from their sinful ways. Instead they continue to practise evil deeds. They are the ones who won’t be able to find God when they call out to Him.  Why can’t they find God? The writer of Psalm 91 gives us a clue when he refers to ‘the secret place of the most high’, and says of those who dwell there that God will rescue them, protect them, answer them when they call, and show them His salvation. There are those God’s hiding from, and there are those who are living with God in His hiding place!” excerpts from Seeds of the Kingdom. How can we enter, and live permanently, in that secret place with God, hearing His voice and knowing His presence. Psalm 25:14 says ‘The secret of the Lord is with those who fear Him, and He will show them His covenant’. ‘Obedience to God is always for our good and His glory. You can never go wrong when you choose to obey Him. The cost of obedience is small, compared with the cost of disobedience.’ Be wise and seek Him.  2015 looms, more time has passed it is time to be wise.

Love to have feed back so please feel free to comment. Cancel reply

Fearfully and wonderfully made, forgiven, loved beyond all measure, abundantly blessed. Striving to be a woman of honesty, character, integrity, faith, love, loyalty and humility.

© Amanda Lannon 2013. Unauthorized use and/or duplication of this material without express and written permission from this blog’s author and/or owner is strictly prohibited. Excerpts and links may be used, provided that full and clear credit is given to Amanda Lannon and appropriate and specific direction to the original content.